1. AI: Revolutionary Technology but a Big Business Risk
That machines are destined to become smarter and smarter as the years roll by, and that businesses will increasingly use them in attempts to differentiate products and boost profits, are not matters of debate. The real question is whether change wrought by artificial intelligence will, all things considered, ultimately prove to be helpful or harmful, and to what degree.

3. Need a New Finance Job? Get Out and Network
As a senior finance executive with extensive operating experience in the United States, Europe, and Asia, I had always been comfortably ensconced in my job and never had to think about “networking” to look for a new career path. That was until recently, after the real estate services company I was working for was acquired. The transaction actually happened two years ago and I stayed on board to lead the global implementation of ERP systems. Once that was completed there really wasn’t much of a reason for me to stay. As sometimes happens in these situations, I effectively worked myself out of my job.

4. Who Suffers in a Trade War?
When Donald Trump was elected President of the United States, business leaders assured themselves that his nationalist rhetoric was just rhetoric. Wise talking heads trotted out the phrase “Take Trump seriously, but not literally.” They said his threats to revoke NAFTA trigger protectionist measures and renegotiate and abandon trade agreements such as the TPP and KORUS were all empty threats.

5. These 5 Barriers Prevent You From Being a Better Leader. Here's What to Do Differently
I spend a lot of time asking employees about how leaders can be more effective communicators. Just yesterday, in fact, I moderated a focus group with employees at a fast-growing consumer products company. The people in the group provided the same feedback I hear time and time again: Leaders are pretty good at sharing information, but they're lousy listeners. As a leader myself, I know how hard it is to slow down and actually pay attention to what your team member is saying, especially when you're thinking about the 87 other issues you have to address and you're pretty sure you already know how to solve the team member's problem. 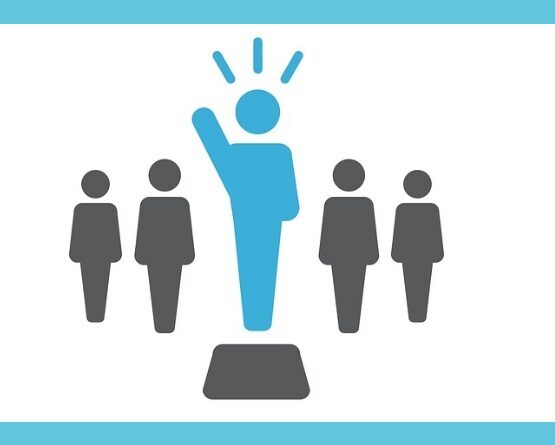 6. Wake up refreshed with a simple evening adjustment
Sunset and lower core body temperatures are still the primary triggers for sleep. In the evening, our brains are wired to recognise the reduction in blue light and start releasing melatonin, the hormone that tells our brain to start the sleep process. Yet, light-emitting diodes (LEDs) used in electronic devices such as laptops, tablets, and phones negatively impact our sunset trigger by suppressing melatonin. LEDs generate a significant amount of blue light, considerably more than even the light bulbs and tube televisions of yesteryear.
Keeping devices out of the bedroom is one strategy for a good night’s sleep...

7. The highest ROI you can make today
“Your employees are your biggest asset”, is a saying that is bandied around a lot and although most companies will pay lip service to this, how many truly put their staff first before their profits/deadlines/political decisions? As employees become more skilled and therefore more in the driving seat when it comes to choosing which companies to go to and stay at, it is increasingly important for employers to take heed and really put their employees first. But what does this really mean? What is putting your employees first? And why does it matter?

8. Companies see need to manage risks, but they’re slow to act
Nine years ago, just 9% of companies claimed to have a complete enterprise risk management (ERM) process. Today a larger percentage of companies (31%) describe their ERM processes as complete. While there has been progress, there’s still some work to do for many companies, according to an annual survey released Tuesday by North Carolina State University and the American Institute of CPAs. The survey polled 474 finance executives in business and industry, mainly from North American companies.

9. Do CFOs have what it takes to be AI educators?
Even though artificial intelligence (AI) is seen by many as a buzzword with little real application in business today, it’s a technology that is already shaping the smartphone industry and one that will have real impact on how organisations deliver services in the future. Despite this, few CFOs are considering AI as part of their strategy, let alone making plans for how they will utilise this technology. That could be a big mistake.

10. Ten Networking Strategies to a Seat on the Board
Changing careers at mid-life is an option for more and more executives. Some choose early retirement, others are nudged towards the door, and others decide that doing something that they love is more meaningful and they can afford to get off the corporate track.
A portfolio career is a tailor-made cluster of activities/roles related to a former exec’s interests and motivations which together make up a ‘career’ following a full-time career role. Increasingly, executives approaching the end of their corporate career will start to build their portfolio with their first non-executive director (NED) experience, often on the board of a charity.

How to automate your controls? Learn what the benefits are